I have become very disappointed as I continue my schooling and watch others continue theirs. I see many teachers becoming lazy. I do not mean all teachers, because I am well aware that there are hard working teachers making a difference every day. I’m disappointed in those teachers that are using the advancements in technology to become lazy. The ones that no longer teach, but send their students to a website and expect all learning to be done over the website. I am annoyed with teachers who wash their hands with students that struggle. I feel like I am being pushed off onto the next teacher because nobody wants to work to teach, they are working for paychecks…

I have a brother who has some difficult learning disabilities. He has always had a lot of trouble speaking in front of others and doing his school work. These past couple of school years bullies have cruelly affected his life. He began just ignoring them, but then crying because he is depressed he has “no friends”. He told the teachers about a particular student who bullies his daily for many years. The teachers just tell the student to “play nice”. THIS IS NOT HOW TO HANDLE THIS! I didn’t want the child to be suspended.. well maybe I did, but I would have settled for that student at least having a recess taken away. MY brother became so upset. My brother stopped eating lunch because he had nobody to sit with. He stopped doing his work and would sit inside during recess so he had a reason not to go outside. He wouldn’t do anything fun in fear of that one particular kid would torment him. My parents had contacted the school many times and nothing to this day has been done. Ironically that child’s Mother is one of the teachers that have become lazy at my high school. Aside from the bullying he had a teacher that has given us a lot of problems. Because of his disability he no cannot stand in front of the class and read. The teacher is failing him. We asked her if she would give him the credit for reading in front of just her after class… So far we have no answer.

Schooling has become a joke. From the bullying to the lazy teachers. Teachers that push the struggling students to the next teacher so they no longer have to deal with them. As a teacher I believe that you should be willing to work with not only students who excel, but those who struggle. You should want to help. You should set up tutors and call parents as necessary. You should do everything in your power to help, and when that fails… get the principal involved. Especially as students are young. Every child wants to feel smart. I just wish teachers would realize that these students are our future and by showing laziness, it will eventually rub off and be passed down and our country will never grow.

It’s weird to say “when I grow up”, but it’s something I think of often. I don’t want anything fancy when I get married. I want a small little house, maybe even a one bedroom to start. Just a twin bed in the room so late at night my husband and I can sleep close and appreciate eachother. A dog running around and sleeping on the floor at night next to us would make things perfect. I want have picnics in the yard, and make homeade lemonade on hot summer days. Basically what I’m saying is I want to get married in 1955. Just starting out small in a
neighborhood where everyone and their kids are comfortable knocking on my door. This is all I want when I get older. Just a little starter and close companionship.

Recently I changed my mind of what occupation I would like to pursue. I decided on mortuary sciences. I have always liked the medical field, but I don’t think I could watch some die. The thought of me not being able to cure someone is a guilt I couldn’t bare. That’s why I decided on mortuary sciences, and why I want to be a mortician. I would be helping families that lost a loved one and making their lives easier. Still dealing with the anatomy of a human is a bonus and I feel I will enjoy making the grieving process easier on people. My choice is definitely huge, but worth it.

He gives me the fuzzy feeling you only read about in story books. You know the ones where they start out as best friends and then they fall madly in love? That’s become my life. The feeling of being apart is agonizing, but the feeling that it could have never happened is dreadful. We took the risk and left being friends for one of the most amazing experiences in my life. If you’re wondering if it’s worth risking a friendship for a romance, this is an example of why it is. You may just happen to find everything you’ve been looking for and fall in love. Or, you may not. 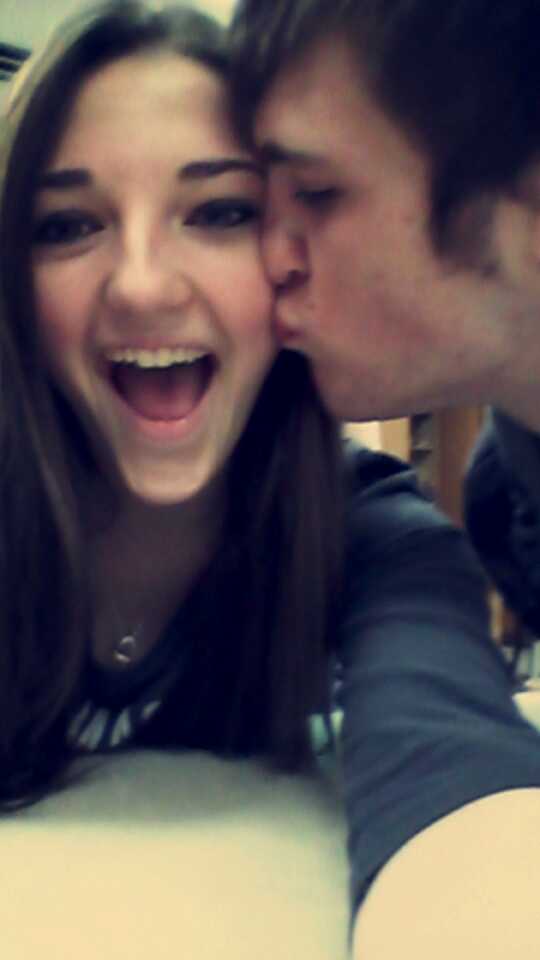 He always seemed like just a friend to me. I have written about him before, but that was when I was angry and I’m sorry about what I had said in My First Kiss. As long as I can remember this guy has been around. He always made me laugh. When the guy I had my first kiss with happened to want to go to the fair, the movies, hang out at recess, go bowling: his best was always there. We had always gotten along and I never minded him being with us because I was comfortable with him. As years went on we both kind of drifted apart. That is until High School started. My “just a friend” just happened to be super attractive and still an amazing wrestler (which I happen to fall even harder for). We ended up taking drivers training together and getting a picture together which I just discovered. Even after freshman and sophomore year I still saw him as only a friend, probably because he only saw me as one too. When junior year started we happened to have art class together. We sat at the same table and talked all the time and I grew feelings. We began snap chatting (the gateway to all relationships in this era) and at first they were just random conversations and then it grew into more. We both fell for each other and before I knew it I was head over heels with the guy that had always been my friend. He had grew into this amazing sweetheart that I talk to all day every day. Although I have always given him a hard time with trying to get him to date my best friend, and talking badly about him in my other story he still puts up with me, and for that I’m very grateful. I know it’s still early, but I am so glad I have you in my life and realized how truly amazing you are. Thanks for putting up with me. I love you. I hope you enjoy reading this more than the first one. 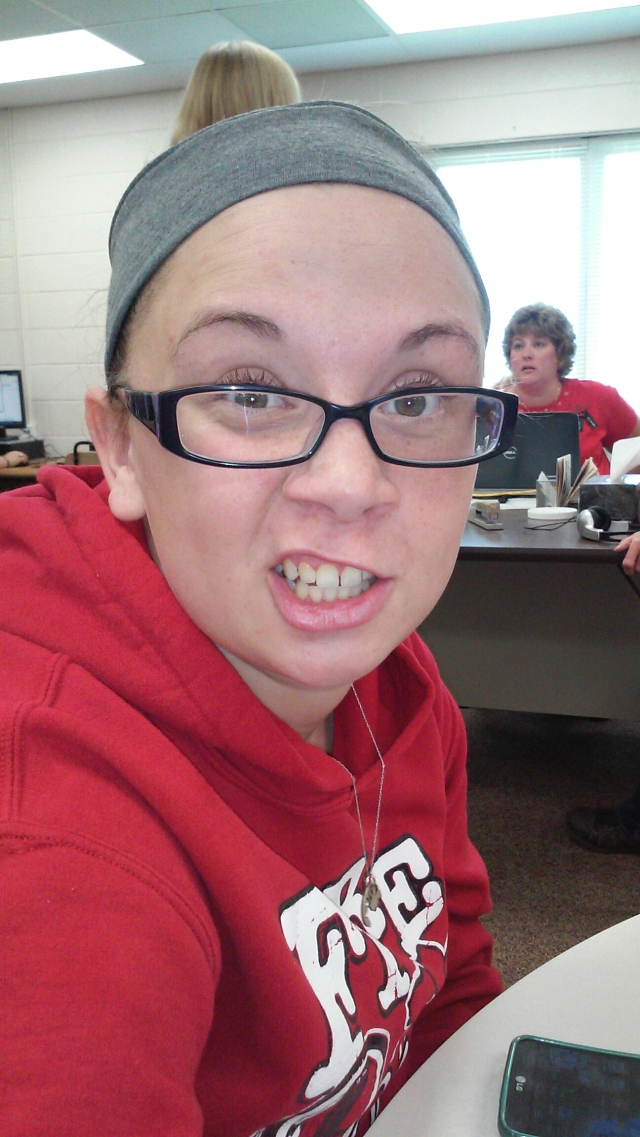 This is my best friend. Since I was four she’s been there. You’re definitely crazy enough t keep me  .  On my toes. You’re also caring enough to help me when I’m down. Lila, thank you for always being there for me.

Starting my junior year I was more nervous than I’ve even been. Theres so much happening and I was taking the hardest class in the school. Algebra 2 is the hardest class in our school, not because of the material, but the teacher. Mr. Lasecki always seemed so scary. He assigned more homework than any other teacher I’ve met. He made his ckass hard and everyone talked of  how hard his class was.

My first day he got right into math. He had such a different way of looking at problems. We spent an hour on one problem. He did it so many ways and explained every step thoroughly. He said he doesn’t care about grades, he just wants us to learn it. He notices everything and teaches until the last second if class making sure we use every second of class to our advantage.
Even though I have hours if homework and it’s difficult I respect how the man teaches and I am glad to be in
his class.

I am only sixteen years old and I have more medical problems than most elderly people. A few months ago I had my first kidney stone.

It was six in the morning and i woke up with an excruciating pain on my right side. I moved to the couch hoping it was just a cramp or something like that. I tried going to the bathroom and laying down in many positions and nothing seemed to work. I woke my mom up in tears and told her I felt like I was dying and didn’t know what was wrong. Her first question was “Are you pregnant?” There was no way I could be pregnant and I was white as a sheet and throwing up everywhere so I was rushed to the ER. The nearest decent hospital is thirty-five minutes away and I screamed all the way there in the car. Once I got to the ER I was immediately brought inside and examined. They gave me some nausea medication and some pain meds and told me I might have appendicitis.  So, they did an X-ray and did some blood work to check my WBC. The doctor came back with a disappointed look on his face. He told me that it was not appendicitis and he didn’t know what could be wrong with me and sent me on my way. He told me my kidney was inflamed and if I was in pain to come back.

I went all night and most of the next day doing okay I felt sore, but nothing too terrible. Later, the next night I was in severe pain again it was probably 8:30. I had just eaten some french fries and my mom made me get in the car just to make sure it couldn’t be something life threatening.

I got to the hospital at Nine and didn’t get to see anyone until 10:30. I was laying on the hospital floor crying and they told me I was low priority, but the guy with the broken foot that walked into the hospital was rushed to the back.

I finally got to the back and They did urine samples and gave me more medicine. I felt terrible and I was told I had to finish to huge cups of liquid so I could have a Cat scan. I threw up some whole french fries while trying to drink these cups in less than an hour. After puking many times and shaking from the pain, and the cold, I was told I had a kidney stone. They said to drink a lot and try and catch it, but don’t worry if i couldn’t. I got some medication and went home at 3 in the morning. I laid on couches for day and puked and drank all the time. I passed the stone and never caught it.

I have now had two kidney stones which are considered more painful than child birth. I don’t know why i get them, but I do know I won’t have kids if they’re anything like kidney stones.